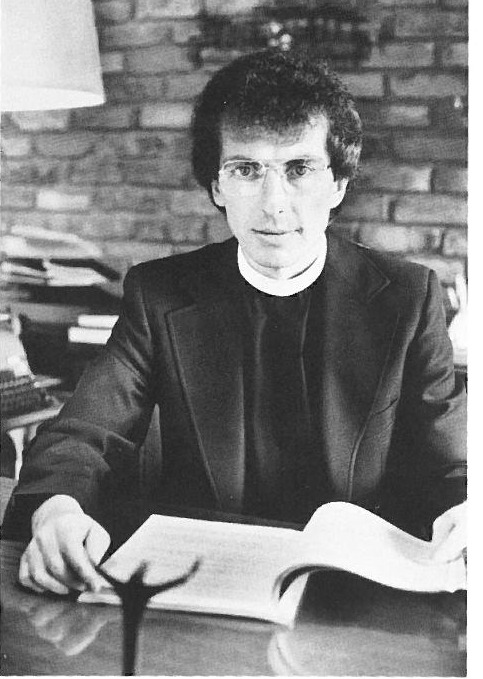 Pastor Gary Langness served at Augustana Lutheran Church in West St. Paul in the early 1970s when Neighbors Director Bob Adams approached the church about becoming a mission partner. Bob specifically asked if Augustana would be interested in supporting Neighbors financially as well as organizing food collection drives. Pastor Langness recalls being excited for this opportunity to become more involved and said it was “an easy yes.” That was just the beginning. As the partnership developed and Neighbors became more established, Augustana housed one of the Neighbors food shelf sites at the church and held food collections drives multiple times a year. Augustana enjoyed getting involved in the food drives and connecting with Neighbors. According to Gary, helping others in need is “part of what the gospel is all about!”

Gary grew up as the youngest of four children raised by a widowed mother in a low-income household. Because of his upbringing, Gary said he developed “a heart for people and families who are struggling.” Gary believes Neighbors does, too. “Neighbors jumps in and asks how to best serve those who need it most instead of abandoning them. This also comes back to the gospel, where it is important to love your neighbor as yourself. Neighbors exemplifies this in our community,” he says. He went on to recognize Neighbors’ consistency in serving the community as its biggest milestone in the past 50 years. “It is a significant part of (Augustana’s) ministry and (Neighbors) is a gift everyone should know about.”

Gary has been retired from Augustana for 20 years, but the church still supports Neighbors annually through its benevolent giving, involvement in the annual Minnesota FoodShare food and fundraising campaign and various other service projects. “Neighbors and the people involved should be very proud of their work. The leadership and volunteers should take a bow because without big salaries and other rewards, they have changed lives and touched so many people. That is something to be proud of. Neighbors continues to be important to the community.”

Since retiring, Gary continues to give back in other ways. He and his wife travel to Tanzania each year for three months as part of the Lutheran church’s global partnership program with congregations and organizations in Africa. Unfortunately, since the COVID pandemic began, they have not been able to travel to Tanzania, but have remained involved by supporting two Tanzanian pastors attending a local seminary in Minnesota and also by raising money for a university in Tanzania. They long to go back, and are anxiously awaiting safer travel conditions to be able to do so.

Thank you, Gary, for supporting Neighbors during our early years and for your continued support throughout the years!

This interview was conducted by Sophia Dahlke, Neighbors Intern and Volunteer, as part of the historical research for Neighbors’ 50th Anniversary Celebration (2022). For more information about anniversary events and to explore Neighbors’ history, click here.