Neighbors, Inc. is pleased to announce that Charles D. Thompson will be the organization’s next executive director. Charlie will join Neighbors in March, working with current executive director John Kemp until his retirement on April 15.

“We are thrilled that Charlie will be joining Neighbors as its new executive director,” says Brian Counihan, chair of the Neighbors Board of Directors. “With his passion for serving those in need and his proven experience directing non-profit organizations, we are confident that he is the right person to lead the organization in its next chapter.” 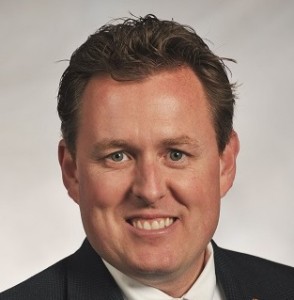 With 10 years of non-profit experience, Charlie understands the work Neighbors does and has demonstrated his ability to lead. He began his work with St. Vincent de Paul in South Bend, Ind., where, as executive director, he guided the organization through the acquisition of a new building, increased fundraising, added programs and services, and opened a new thrift store. In 2013, he became executive director of St. Vincent de Paul in Tacoma, Wash., leading the organization through a financial crisis, as well as the adoption and implementation of a strategic plan that increased financial and in-kind donations and improved community awareness.

“I’m excited about the opportunity to serve Neighbors and look forward to helping the staff and volunteers reduce poverty, promote self-sufficiency and build community,” says Charlie. “I want to thank our retiring executive director, John Kemp, for his fourteen years of dedicated service, during which he has built a solid foundation of excellence. With the help of the board of directors, staff, volunteers and all those who support Neighbors, we will continue to create a community that values compassion, respect, fairness and empowerment.”