Virginia June Milbert was one of six members of the South St. Paul faith community that gathered in 1971 to discuss ways to help the growing number of people who were unemployed due to the closure of the Swift & Company packing plant in 1969. In January 1972, that group formed an association that became Neighbors, Inc., and gathered resources to assist people who needed help with their basic needs, such as food or clothing. The need for their services increased when Armour’s meatpacking plant shut down in 1979 and thousands more became unemployed. Nobody had any idea that the organization would grow to the size it is today, serving hundreds of thousands of people over the past 49 years.

Virginia was born to Hilton and Ruth Beer on June 26, 1917. She grew up in Independence, Minn., and married Howard William Milbert on August 1, 1940. They raised their family in South St. Paul, where Howard was owner of Culligan Water Company. Virginia began volunteering with Neighbors, Inc., when she was 54 and her children were out of the house. She made sure Howard was also involved with Neighbors. He served on the board and as treasurer for several years during the organization’s first 20 years. After he passed away in 2003 Virginia renewed her commitment to Neighbors.

Virginia will turn 104 in June. She was born a few months before the flu pandemic of 1918 that took the lives of nearly 50 million people around the world. Last year – during this current pandemic – her volunteer service was celebrated with a parade by her house. She still works two 4-hour shifts in the Clothes Closet Thrift Store every week and is beloved by those who meet her. Volunteers, shoppers, staff and others often turn to her as a reminder of the history of the organization and the good work it has accomplished. She greets each person with a kind word, a funny joke, a silly song, or words of wisdom. 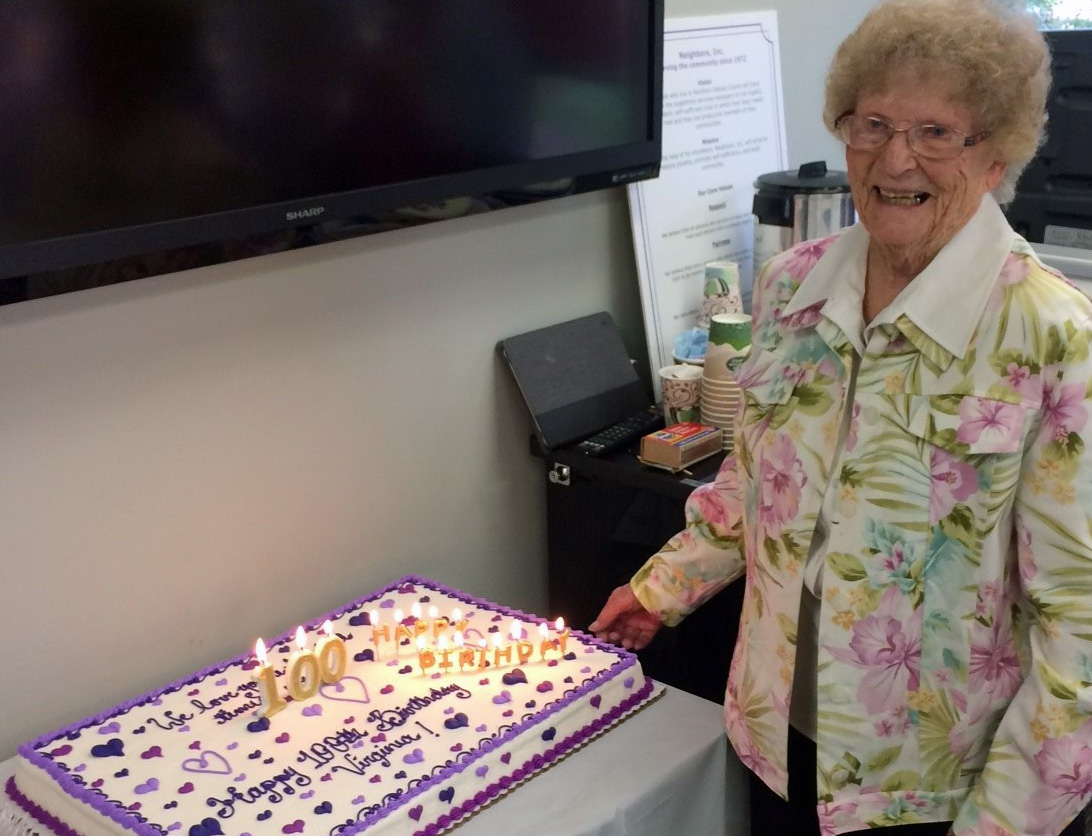 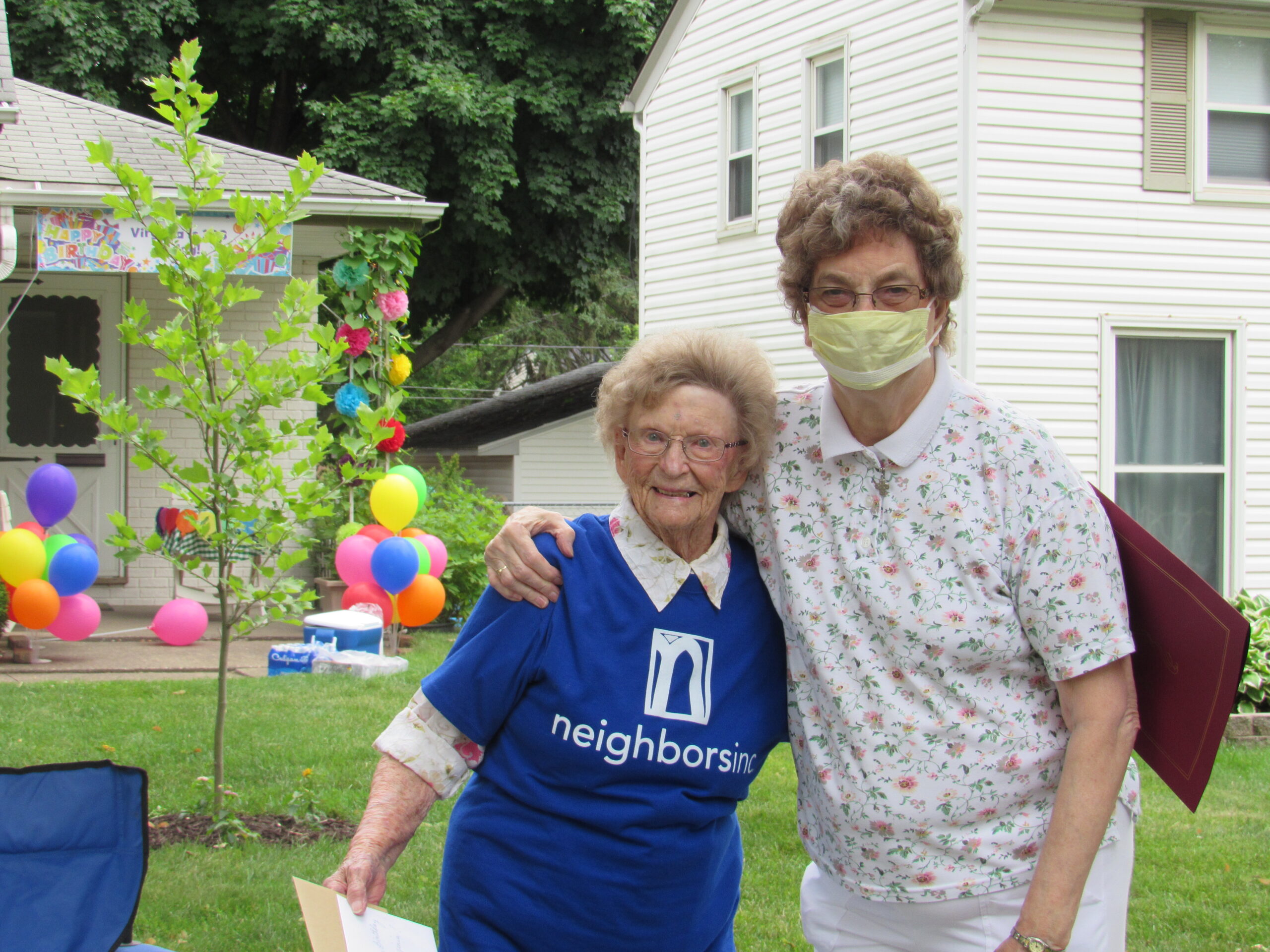 Like so many of her generation, she is committed to the idea of serving others. Virginia prefers to do her work quietly and behind the scenes. She does not seek recognition and usually deflects it when it comes. She simply comes in, works on the tasks that need to be accomplished that day, and greets and assists Clothes Closet clients.

On of her favorite stories is of a man who was shopping with his young son. The boy was wearing a pair of worn-out slippers and was badly in need of shoes. The problem was, he was hung up on the idea of getting a pair of cowboy boots. His father knew the likelihood of finding a pair of cowboy boots in his son’s size was likely beyond the realm of possibility. Virginia watched as the man gently and kindly tried to steer his son toward other footwear but the boy was determined. Virginia went to the back room and began searching through boxes of unsorted shoes. After several minutes she emerged with exactly what the little guy wanted. The boy was ecstatic, his father was shocked, and Virginia had once again saved the day.

It would be easy to think that Virginia continues her commitment to Neighbors, Inc., because she helped start the organization. While that is true, she remains active because she knows the importance of serving others, and she takes immense, quiet gratification from doing that, day in and day out. In her more introspective moments, Virginia will admit that coming to Neighbors and helping others has kept her alive these many years. She is often asked for advice about how to live a long and healthy life. Her main advice is to keep busy and keep moving, then she often quips, “If I stop moving, I will!”

For now, she is still busy and still moving, and our community is a better place for it. 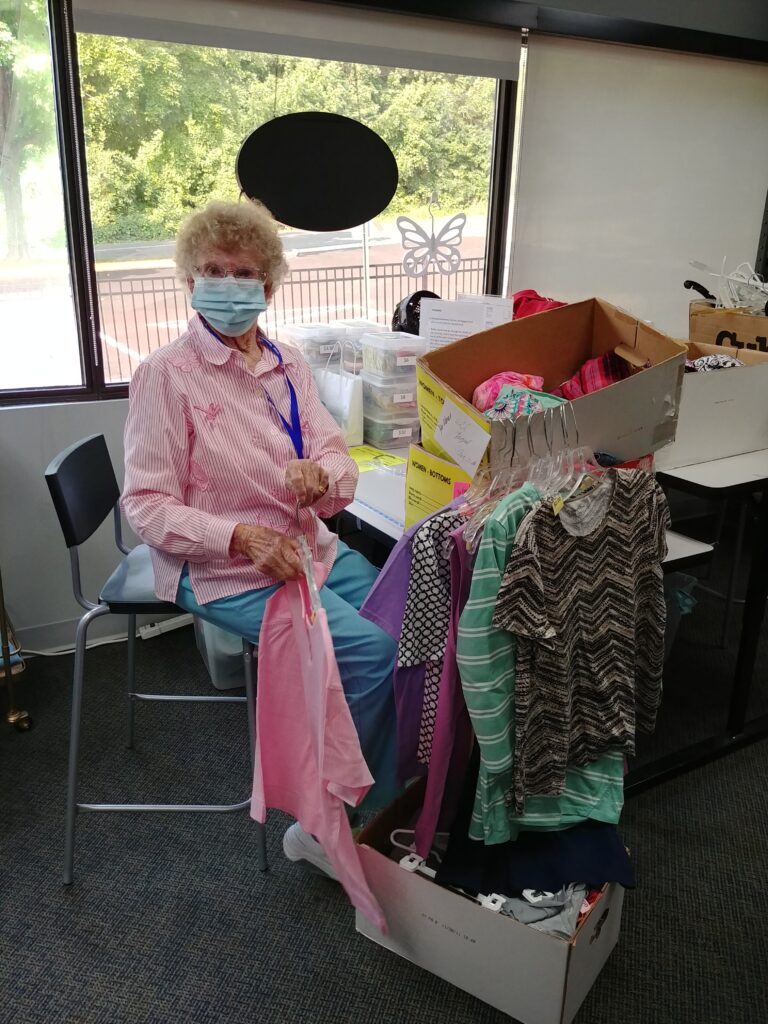 This article was originally published in the June 2021 issue of the South St. Paul Voice publication.

Beth Skwira of Neighbors, Inc., contributed to this story.